One of the questions that is frequently asked by prospective students is "What is your Reiki Lineage?"

This section includes my Reiki Lineage (the genealogy of how my Reiki training is descended from Mikao Usui). I have also included a few lines about each of my direct teachers and what they have added to my teaching.

I am a strong believer in learning from multiple teachers and in talking to many Reiki people trained by different people. This has given me a far better concept of what is common and what isn't in Reiki practice and teaching. Just about every year I attend the Reiki retreat in New York state which is attended by hundreds of Reiki practitioners from all over the world, and try to talk to as many as I can.

Teachers for Reiki 1&2 to Reiki Master 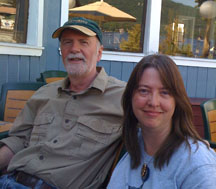 William Rand is the founder and head of the International Center for Reiki Training (ICRT website:www.Reiki.org). Even though he was not my first Reiki teacher (see Liz Tarr), it is from him I have learned the most.

From William I learned that Reiki teachers can innovate new techniques. I learned the willingness to admit past information was wrong (such as the story of Mikao Usui being a Christian monk). From him, I learned to do the research to figure out what was true, and begin teaching it. I learned that if you have a dream about something that should be done, you should just go do it. William had a dream about supporting world peace with crystal healing grids set around the world, and he actually had them made and went to the north pole, south pole, and Jerusalem to place them. My dreams involves spending time meditating where Mikao Usui did on Mt Kurama. William also taught me a lot about how to make a dream happen, and how to treat Reiki as both a business and a spiritual enterprise.

I see William every year at the Reiki retreat in New York State, and correspond with him periodically. I have been teaching for 20 years now. When I go back through all the techniques I have developed, I am amazed and grateful for how much they are logical extensions of ideas that William includes in his classes and materials. 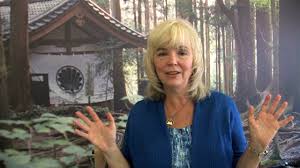 Laurelle has run a number of different aspects of the International Center for Reiki Training. She also has an amazing practice in Sedona, Arizona. From Laurelle I have learned a lot about how to run a conference, and the amount of work behind the scenes it takes to make a living as a Reiki teacher. I have learned a lot about how to say things graciously, and how to lead a guided meditation. I also learned about Unity in Reiki, how to build a sense of community.

I also learned a lot about having things to sell to students, and how to work hard to build a spiritual business.

She and Michael run several spiritual gift businesses in Sedona, and are amazing Reiki teachers.

I am also deeply indebted to Laurelle and her husband Michael for publishing my book, Reiki's Birthplace. In photo above she is in her teaching space, one wall of which has my photo of the place on Kurama we believe Mikao Usui had his experience. 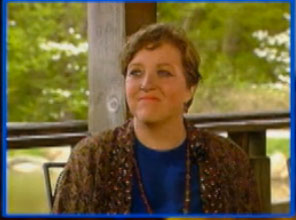 Liz Tarr used to teach Reiki as a one to two hour session at metaphysical conferences on the east coast. It was here I first encountered Reiki. Her friendly, informal approach towards Reiki inspired me to explore it for myself and take it further.

Liz Tarr is a senior student of Diane Stein. I lost contact with Liz, but as I was working on this website, I found a reference to this video on Reiki Energy healing.

Sadly I dont have the Gaimtv network so I couldnt see more than the trailer, but here it is.

My Teachers for Japanese Reiki

I have only taken Reiki 1 and 2 equivalents in Japanese Reiki, though I have learned something similar to the Hiroshi Doi version of Reiju atunements. 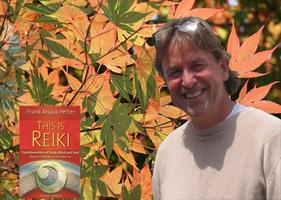 In 1999, Arjava Petter came to the United States and started teaching the Japanese Reiki Techniques he had learned based on his research in Japan. He was one of the first to connect with the people still practicing the Japanese traditions of Reiki in Japan.

It opened a whole new world of possibility with Reiki. I learned different ways to think about Reiki and what could be done with it. It also encouraged me to learn more about Japan, and the time period when Mikao Usui lived, which later led to my traveling to Japan.

My Japanese Reiki Techniques class is based on this material, which I have refined and added to based on learning from other teachers.

Arjava has written a number of great books for those interested in Reiki's origins in Japan. 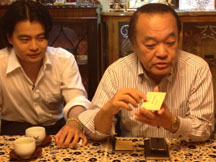 Tadao Yamaguchi's mother learned Reiki directly from Chujiro Hayashi. Many of the members of his extended family learned from Dr. Hayashi, and /or his wife, who continued to teach after Dr. Hayashi passed away. I first took class from Tadao in a class he taught with his mother, who has since passed away.

Every year when I return to Kyoto and visit Tadao Yamaguchi, he seems to have some new picture, object, information, or story about Reiki. This has really broadened my understanding on Reiki. Some of this information appears in Dr. Hayashi's Handbook. 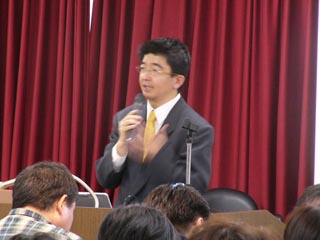 In 2000, I sent an email to everyone on the center's database living in Japan, and got connected to Barbara Maatsura. I told her I planned to go to Japan, and asked if she knew anyone who did Japanese Reiki. She said of course not. She later wrote me again, saying the person who trained her taught a hybrid of traditional Japanese and Western (non Japanese Reiki.). She wrote me again on the eve of my arrival, saying he would be doing an evening introduction on the night I got there (after a 12 hour flight), in case I wanted to attend. Of course I did, and then arranged for a private (because I needed it in English) Reiki 1&2 class.

From this school I learned a lot about the variations even in Japan about Reiki. I learned about the Message of Water. He is also the President of the International Reiki Spread Association. I found this reference to his skills (link). 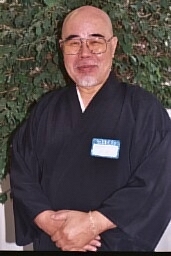 Hyakuten is a Buddhist priest, translator and Reiki master. We have made several trips to Kurama together, where he was most helpful in explaining various things. He also runs a weekly Reiki share in Kyoto and Osaka.

I have not studied Reiki with Hyakuten, though I have spent time with him a number of times since i met him in 2001. This includes going to his Reiki Share in Kyoto. He was instrumental in explaining things that went into my book, Reiki's Birthplace, and wrote a marvelous review of the book.

For those looking for an actual lineage chart, mine is more of a Reiki shrub than a straight line.